The "Mitcham" designation appears to come from the English town of Mitcham, perhaps known for the quality of its water. Crown's Mitcham Lavender was preceeded by Mitcham Lavender from John Grossmith & Son, Ltd. (1855) and was followed by Mitcham Lavenders by Potter & Moore, Vinolia, Harrods of Knightsbridge, and Zenobil, Ltd. This was the age of toilet water, the age before synthetics had begun to revolutionize perfume creation, and the fragrances were light, natural, and mildly alcoholic. Dates and names from Perfume Intelligence.

" I have a Crown Mitcham Lavender Bouquet green glass bottle, complete with its original metal crown stopper and paper labels. It was manufactured by The Crown Perfumery Co. Ltd from 1921 when under Gossage's ownership. Staff at Clive Christian (formerly Crown Perfumery) have authenticated my bottle but stated that they had never before seen the labelling on my bottle. Nor had the experts at the International Perfume Bottle Association, namely Barbara W Miller, an expert and writer on Crown Perfumery history and Helen Farnsworth, the IPBA archivist. There are no known documentary records of Gossage continuing to produce Crown Mitcham Lavender after 1921 after the company became "Limited". But my bottle proves otherwise." — David Woodhouse

Photos below courtesy of David Woodhouse. 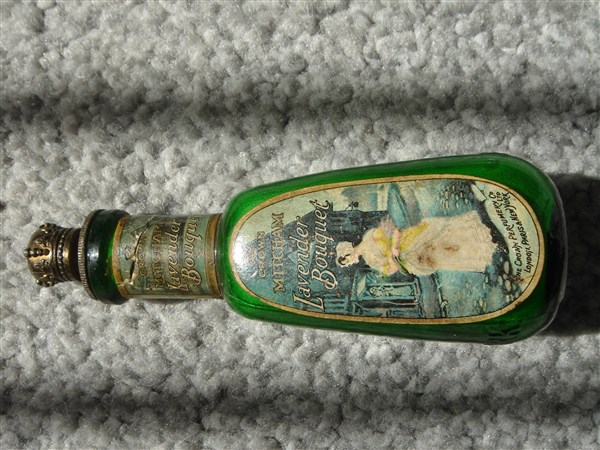 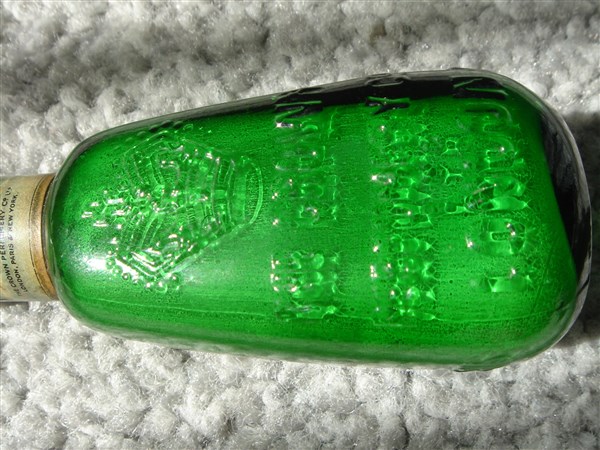 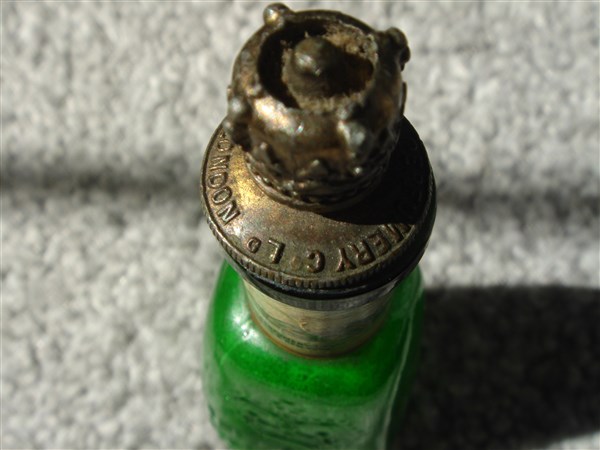 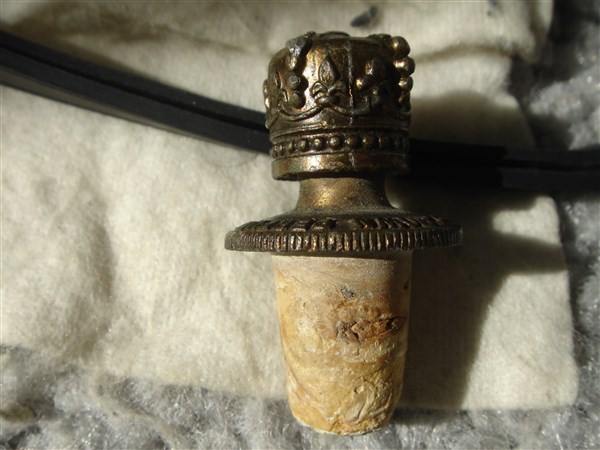 Back to Crown Perfumery Company